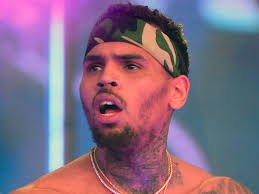 The American RnB Super Star Chris Brown was arrested in on Monday in Paris with two others on suspicion of rape, a French police source said it on Tuesday
The arrests were first reported by Closer magazine, which said the three men had been detained after a 24-year-old woman alleged she was raped at Chris’ hotel suite on the night of January 15.
The singer is no stranger to run-ins with the law and has in the past landed in hot water for several charges including assault and misdemeanor assault.
Chris also pleaded guilty to assaulting his then-girlfriend and singer Rihanna, after a pre-Grammy Awards party in 2009.
In 2018 E!Online reported that a woman known only as Cassandra had been granted a temporary restraining order against Chris, who she claimed has been harassing and stalking her. The singer’s attorney said Chris doesn’t even know the woman.
Another woman filed a civil lawsuit against Chris, claiming she was sexually assaulted at the singer’s home. According to E! Chris’ attorney denied the allegations.
Since 2009, Chris has been in trouble with the law over ten times and while some of the cases have been withdrawn, he’s also done jail time and been to rehabilitation centers for some of the charges he’s faced.
What do you have to say on this matter?
Do you think the RnB Star can do such a thing?
Comments below please;
To upload your music on Tune9jaupdates and get massive download, contact us now via:
Whatsapp: +2348067294479
Email: Tune9jaupdate@gmail.com