See What Falz Did Because Of Simi Union With Adekunle Gold - Tune9jaupdates.com.ng

See What Falz Did Because Of Simi Union With Adekunle Gold 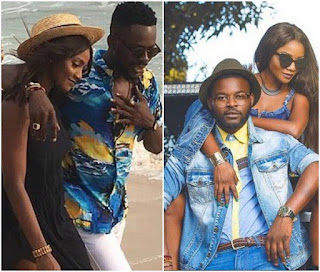 Rapper and actor, Falz, has shaved his trademark beard after social media was awash on Wednesday with news of the wedding between Simi and Adekunle Gold. The 28-year-old musician on Thursday shared a picture debuting the new look on Twitter. “New face, who dis?” the ‘Soldier’ singer captioned the picture. 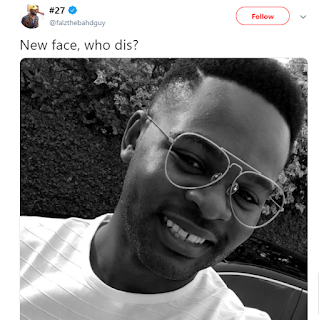 Falz had on Wednesday reacted to the wedding news on Twitter with a (gif) video of a young girl with tears running down her cheeks. rapper Falz The Bahd Guy was a trending topic on Twitter Wednesday after fans thought he may have just reacted to Simi and Adekunle Gold’s wedding. Fans, however, responded to the video with shock and humour. pic.twitter.com/e67Jhr49Ps — #27 (@falzthebahdguy) January 9, 2019 Falz, Adekunle Gold, and Simi have been long rumoured to be in a love triangle. The rumours heightened when Falz and Simi released a joint project titled “Chemistry” in 2016. 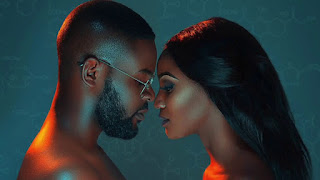 It would be recalled that the ‘Jamb question’ singer in an interview said it again that she is not dating fellow artiste, Falz, saying she never made such a claim. Simi disclosed this in a new episode of ‘Talk Talk’ on Wazobia Max. According to her, she and Falz have never been in a relationship. “I’m not dating Falz. I was not dating Falz. I never said I was dating Falz.”
To upload your music on Tune9jaupdates and get massive download, contact us now via:
Whatsapp: +2348067294479
Email: Tune9jaupdate@gmail.com