Over The Allegedly Led On U.S Singer Chris Brown, The Accuser Hopes For Criminal Investigation - Tune9jaupdates.com.ng

Over The Allegedly Led On U.S Singer Chris Brown, The Accuser Hopes For Criminal Investigation 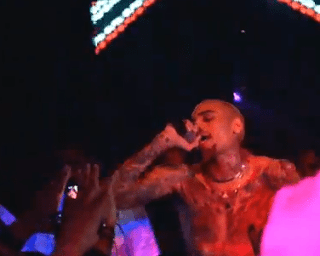 The American RnB singer Chris Brown who was acusacc with some really serious allegations earlier this week after a 24 year old lady claimed his friends abused her after he raped her. Although the singer left the French police station without any charges being filed, the singer’s accuser is hoping that the Public Prosecutor will open a criminal investigation into her claims.
The lawyer of the 24-year old woman who accused Chris Brown of rape, Franck Serfati, said his client hopes to bring justice to her case. “We hope legally that the Public Prosecutor will open a criminal investigation to shed light on these very serious facts,” he said. He also added, “For now, my client is in a situation of distress and the impression that her voice is not perfectly heard.”

After being released from the custody of French authorities, Breezy’s attorney said he had filed a complaint for slander against the 24-year-old woman, but Serafti said that he hasn’t seen any proof of this yet.
“As of today, I do not know if Chris Brown has filed a complaint against my client,” Serfati said. “But we know that the ‘best defense is the attack.'”
He also state: “We will fight to thwart his defense strategy, especially since my client claims to be a victim of aggravated rape, allegedly committed by three individuals, whose explanations seem to contain contradictions.”
Her Lawyer said that his client “was not pressured physically” in the singer’s hotel, but that she was surrounded iin an “environment with great psychological pressure” from large and older men. Adding, “My client explains that it was non-consensual sex. She was not pressured physically.” He also stated that his client was  “cornered her in a room that was locked” by Brown.
To upload your music on Tune9jaupdates and get massive download, contact us now via:
Whatsapp: +2348067294479
Email: Tune9jaupdate@gmail.com