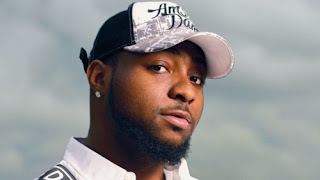 Davido has taken to Twitter to reveal what will in many ways come as a shock to music fans.
The DMW boss who is currently doing a question and answer session on Twitter with the hash tag AskDavido was asked a question about the benefits his signed artistes (Mayorkun, Dremo, Peruzzi, Yonda, Idowest) get from him.
Like it is the tradition of record labels to always make money off their signed artistes, a fan asked Davido if it is the same structure that exists in DMW.
The OBO quickly gave a response, revealing he has never collected money from any of his signed artistes as he believes they should use it to invest in themselves, which in turn gives him more fulfilment.
See post below:

Fun fact : I HAVE NEVER COLLECTED A DIME FROM ANY OF MY ARTIST RVEN THO THEY R UNDER CONTRACT.. I don’t need the money I’d rather them use it to invest in themselves https://t.co/oa4moWkom7
— Davido (@iam_Davido) January 9, 2019