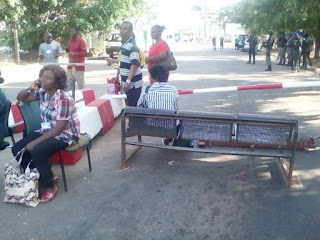 The striking workers of the National Assembly said the industrial action continues this Tuesday. 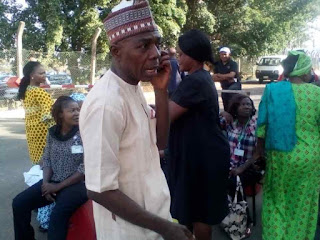 PASAN Chairman, Musa Bature, disclosed this in a telephone chat with TVC News early Tuesday morning.
He said the government side failed to resume talks with the PASAN leadership on Monday night.
The parliamentary staff resumed their suspended strike over unresolved labour matters, top of which is the payment of the Consolidated Legislative Salary structure approved since 2010.
They are also canvassing recogniion for workers due for promotion as well as implementation of the revised Conditions of Service.
They admitted the leadership of National Assembly represented by Senate President and House of Representatives Speaker had intervene and had started work on the Conditions of Service demand , but decried Management’s failure to offset the CONLESS as agreed with the union.


Bature said they have not foreclosed negotiations, especially in the light of President Muhammadu Buhari’s planned visit to the National Assembly to present the 2019 Budget Estimates to a joint siting of the parliament on Wednesday.
To upload your music on Tune9jaupdates and get massive download, contact us now via:
Whatsapp: +2348067294479
Email: Tune9jaupdate@gmail.com