Onazi On A long term injury lay off - Tune9jaupdates.com.ng

Onazi Sports Onazi On A long term injury lay off

Onazi On A long term injury lay off 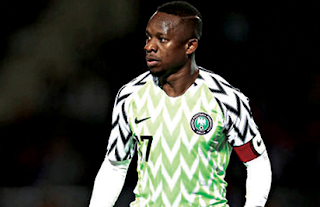 Super Eagles midfielder, Ogenyi Onazi faces a long spell in the rehabilitation room after he suffered an Achilles tendon rapture as his club Trabzonspor beat Rizespor 4-1 in Turkish league yesterday.

Onazi was stretchered off on 32 minutes and it is feared that his season is over.

Onazi also faces a race against time to be fit for next year’s Africa Cup of Nations to be staged in June 2019.

Onazi, who has 51 international caps, helped Nigeria win the 2013 Africa Cup of Nations, and played in all four of his country’s games at the 2014 World Cup in Brazil.
To upload your music on Tune9jaupdates and get massive download, contact us now via:
Whatsapp: +2348067294479
Email: Tune9jaupdate@gmail.com