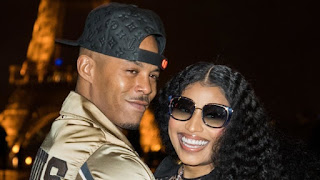 The American Mega Superstar rapper Nicky Minaj has reveal, she might be getting married in seven days, as it been confirmed by her pastor availability next week.


We’ve gotten our marriage license, but there’s a particular pastor who I want to officiate, and so she was just made available as of today.


She told me she’s available within the next week, so we could be married in the next seven days.